I have previously mentioned Cochrane reviews as a prime example for the top-most scientific evidence levels for evidence-based medicine. The Cochrane Collaboration (CC) is an international organization that was founded 20 years ago, with the aim of presenting information on health care interventions in a scientifically-rigorous and un biased manner[1]. The contributors pursue this aim by conducting systematic reviews and meta analyses that are deposited in the Cochrane Database of Systematic Reviews (also called the Cochrane library) and are available to the public free of charge.

The CC goes to great lengths to minimize bias and increase the scientific rigor of the reviews. Indeed, some publications have presented evidence that Cochrane reviews use better methodologies and are more transparent and well-balanced than other systematic reviews published in scientific journals[2]. Prior to initiating a systematic review study, CC authors are required to write a detailed study protocol and submit it for peer-review and are expected to adapt it based on the received input. Further, Cochrane reviewers are encouraged to update their published reviews based on up-to-date data, as well as other types of relevant input.

Professionals in the biomedical sciences can make use of the Cochrane resources in a few ways:

First, in their capacity as healthcare professionals, they can use the Cochrane reviews, overviews and summaries as a trustworthy information source for support of treatment decisions for their patients.

Second, reading reviews, protocol and, to a greater extent, the Cochrane Handbook, can serve to teach researchers on the proper manner for designing systematic review studies and reporting the results.

Last, but not least, researchers that can, should aim to implement the elaborate process of the CC. Writing a detailed study protocol and having it reviewed increases the scientific rigor of a study, as the researchers are required to think through their entire process, explain it to their reviewers and can then benefit from the knowledge of their peers instead of committing valuable resources to a poorly-designed study. Moreover, despite there being little to no external incentive to do so, researchers should consider updating their own published work if important and relevant new information becomes available.

The next post will focus on different indexes for scientific articles.

How Can I Support You on your Path to Achieving your Scientific Writing Goals? 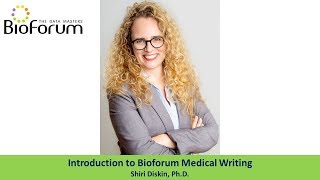 The “Big Flip” is Coming

Should You Post Your Biomedical Paper to A Preprint Repository?